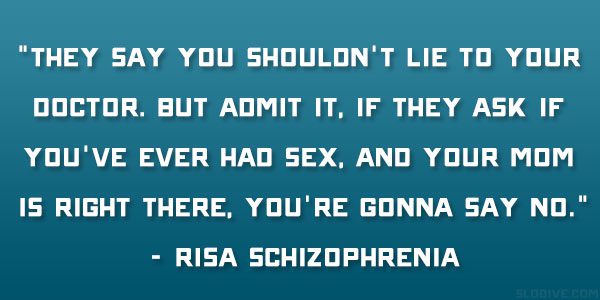 Your teenage years are the years that you’re known for being very rebellious towards authority figures. Angst, anger, trouble, and rebellion are some common terms that teens get associated with. But the teenage years are about more than just rebellion. These are also years in which young girls and boys are finding their own voice for themselves. Like most things precious, this search for one’s identity takes time. That is when some teenagers end up doing crazy things like drinking too much or hanging out with the wrong crowd. These years are typically when some classic lifelong funny teenage quotes are born.

The trouble between parents and growing teens is the stuff of legends. Parents complain about their teenage son or daughter. The teen begins to feel that parents are embarrassing. The rapidly changing years are full of annoying moments that turn out to be quite funny, in retrospect.

Funny teenage quotes talk about the joys and troubles of being a teenager.

Teenagers invariably want to spend hours on the phone, and they want to run away from chores. Teens often become a bit withdrawn. Annoyed parents think that’No’ is the only complete sentence they get to hear from their teenage son or daughter. Looks is also a sensitive area for teens. As one funny quote says, adolescence seems like just one big walking pimple. Check out these funny teenage quotes below. “They say you shouldn’t lie to your doctor. But admit it, if they ask if you’ve ever had sex, and your mom is right there, you’re gonna say no.” – Risa Schizophrenia. Funny life quotes like this will definitely put a smile on your face because let’s face it, we will all lie. 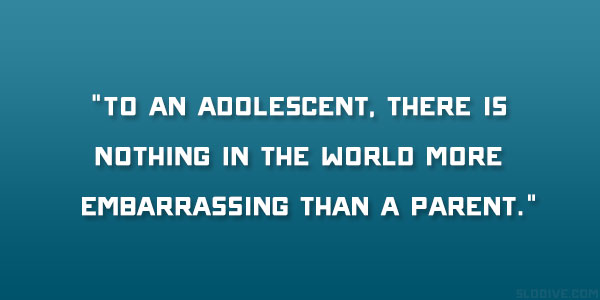 “To an adolescent, there is nothing in the world more embarrassing than a parent.” These teen quotes are truly just meant for teens as when you grow older, you will actually be looking for your parents for guidance and support against the world. “As a teenager you are at the last stage in your life when you will be happy to hear that the phone is for you.” – Fran Lebowitz. This is one of those funny inspirational sayings that will get you to enjoy your childhood and adolescence because being an adult is extremely difficult. “I hope that after I die, people will say of me: ‘That guy sure owed me a lot of money.” Unless you are already at that stage of life where you are the one earning and spending for your own sake then these funny life quotes will still not mean a lot. Adults though will bitterly chuckle at these funny inspirational sayings. “Mom, I have good news! ‘You got a 100 in your math test?!’ Mom, I said good news, not a miracle.” These are quotes for teens who are definitely not doing that well in school. I definitely relate with the son as I, myself, agree that it would take a miracle for me to ace a math test. “Adolescence is just one big walking pimple.” No truer words have been spoken than this funny life quote. Remember when you were a kid and wanted to grow up so bad? Yeah. We now all wish we can go back to that age of innocence. “Giving money and power to government is like giving whiskey and car keys to teenage boys.” Funny life quotes like this may seem satirical but it is truly one of those bitter truths of the society that we live in today. The more authority we give to the government, the more they will abuse it. “A teenager is always too tired to hold a dishcloth, but never too tired to hold a phone.” This sounds like it came straight from the mouth of a tired mother. I am sure we’ve all heard teen quotes like this when we were adolescents too lazy to help out with the chores. “Teenage girls are too caught up in being with a guy who’s the best for everyone else and not the best for themselves.” Sometimes, you just need to hear some great inspirational quotes to act as a wake-up call that you need to prioritise yourself first before anyone else. “I don’t know what better teenage life you could get than going around the world doing what you love to do.” Sometimes you just read some of these quotes for teens and realize that you need to be more content with what you have. “Why do they rate a movie R for adult language? The only people I hear using that language are teenagers.” Seriously, whoever thought that curse words are not suitable quotes for teens never interacted with teenagers his or her entire life. “To a teenager there’s nothing more embarrassing than a parent.” Teen quotes like this talk about the universal experience of being ashamed of your parentage. Parents, despite usually meaning well, can be cringe-worthy for teenagers who just want to focus on improving their social life. “I would just like to take the time to Congratulate my parents for having such an amazing kid!” I am sure that many parents will disagree with teen quotes that describe themselves as someone worthy of praise. “Mothers of Teenagers Know Why Animals Eat Their Young.” Funny life quotes like this will certainly put a smile on the face of anyone who hears it. Teenagers are savages that will test anyone’s patience. 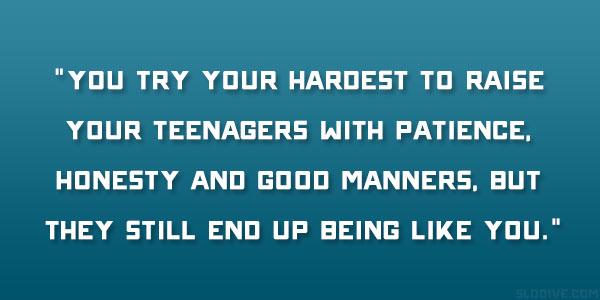 “You try your hardest to raise your teenagers with patience, honesty and good manners, but they still end up being like you…” It is rare to find great inspirational quotes that talk shit not only on teenagers but also on parents. “I just spotted some ducks practicing their teenage girl faces.” Teenager quotes like this probably will not make sense to other generations. The trend of making duckfaces is a trend that doesn’t look like it will be dying out soon. Romantic yet funny quotes for teens like “Look at the keyboard…U and I are together, look underneath it says JK.” can also be used as a witty pickup line. “Society has the politicians and teenagers it deserves.” If you are looking for inspirational quotes for teens, then this teenq uote ain’t it. “My neighbors loved the music so much when I turned it up, that they invited the police to listen.” The sheer wittiness of this quote is applicable only to those who have experienced loud neighbors. “When you’re a teenager, ‘No’ is a complete sentence.” There comes a time when teenagers enter the phase of silence. A single word can even be considered as inspirational quotes for teens. “When you’re angry, your text speed increases by a ridiculous amount.” These are some relatable quotes for teens. As texting has become the main way of communication, it is understandable that many arguments has happened through texting. 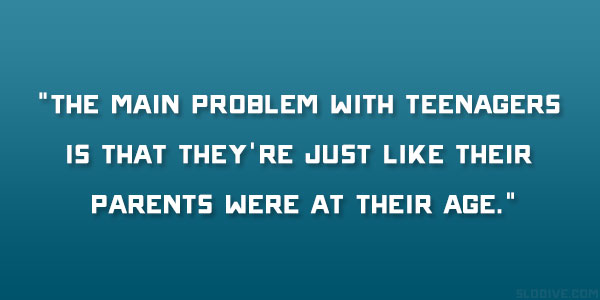 There are great inspirational quotes out there about raising teenagers. This ain’t it. “Raising teenagers is like nailing Jell-o to a tree.” It’s impossible, messy, and sometimes just not worth your time. “Dear pimples, if you are going to live on my face, I am going to need to see some rent…” This is another relatable quote for teens that seem like a non-issue for the older generation.